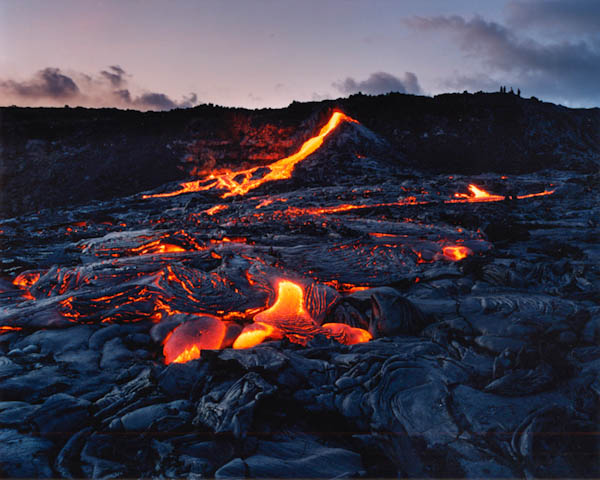 Best Things to Do on Big Island

There is much talk, if not controversy, about how to split up the Big Island of Hawaii by region so that it can easily be described on a website such as this. Why the controversy you ask? Well, Hawaii, like all the Hawaiian islands, is part of a county politically divided into several districts, clockwise: South Kohala, North Kohala, Hamakua, North Hilo, South Hilo, Puna, Kau, South Kona, and North Kona. Quite honestly, to the modern day traveler these districts serve no purpose.

The remedy then is to find a way to divide the island into segments that are easy to recognize, describe, and access via the major roads of the island. This is where much of the debate comes from. Every “expert” has their own way of dissecting the island into pieces.

Our way is pretty simple and it’s a method we’ve followed in all of our physical guidebooks and eBooks. Ultimately we’ve divided the island in a manner that helps us group attractions together so that they are easily accessible along the major routes of the island. This allows us to use our mile by mile directions to easily and accurately describe each spot here on our website.

If there’s one single hot-spot on the island (no pun intended) for visitors then it’s definitely the Volcano area. The area, is of course, most famous for Hawai’i Volcanoes National Park (HVNP). To give you a good idea of what the area looks like, a large Volcano area map can be found here: HVNP Overview Map (Courtesy NPS).

Kilauea has made quite a name for itself since it began erupting in January 1983, and it has taken on the title as the world’s most active volcano. In fact, it’s re-written the books on how geologist look at volcano’s entirely. A lot of folks hear the world volcano and immediately visualize the Hollywood images of mass destruction, pyroclastic flows, lava quickly consuming everything down a steep slope, etc.

OK, let’s put an end to that mentality before we even start. Kilauea is the exact opposite of everything you’ve grown to expect from a volcano, in fact, you can’t even really see the mountain at all. For a long time even geologists assumed Kilauea was a side vent of Mauna Loa, but today we know otherwise. Kilauea is definitely a separate volcano with its own magma chamber, it acts independent of any other volcano on the island. As described in the geologyportion of this website Kilauea is a shield volcano, meaning it erupts very slowly and on a very gradual plane.

There are no real explosive eruptions at Kilauea, nothing even close to what you’d see from a volcano on the west coast of the US (composite volcanoes). In fact, there are only two verified explosive eruptions in all of Kilauea’s extensive history. Lava flows here typically move one of two speeds, slow, and really slow. Kilauea currently, as of this writing, is erupting through fissures just east of the Pu’u O’o vent (as of February 2008). In case you’re wondering what that vent name means in English, Pu’u O’o (pronounced “Poo-oo Ohh-ohh”) translates into hill of the O’o bird (which is now extinct). Pu’u O’o is a cinder/spatter cone on the eastern rift of Kilauea. Kilauea may be a gentle giant compared to it’s explosive cousins, but this volcano has done its fair share of damage in the not so distant past. It was just in 1990 Kilauea completely destroyed the town of Kalapana and the nearby Royal Gardens subdivision.

The most commonly asked question is always… “Will I get to see lava?” You might and you might not, it’s really just the luck of the draw. Most of the lava traverses from Kilauea into the ocean via underground lava tubes (see Thurston Lava tube for a look into an ancient tube). When surface flows do break out, you can usually get pretty close to them, safety permitting. Lava flows can be near the end of Chain of Craters road or several miles out. Usually you can always view lava entering the ocean from a distance, but even this is no guarantee as access can be limited due to the danger associated with lava bench collapses. We still believe one of the best ways to see Kilauea is from above, more on that later.

We honestly believe one of the biggest mistakes visitors make is that they do not devote enough time to the HVNP area. We highly encourage you to allow at least two whole days to this area, preferably starting from Hilo or another nearby town (like Volcano) each day. The drive from Kailua-Kona can be especially long. So plan ahead and make sure you give yourself enough time to view this remarkable area.

South Hawai’i is one of the quietest areas of the Big Island. Here you’ll find no large hotels or resorts, no major golf courses, and no real push for tourism. It’s wild country out here. So what makes it worth exploring? How about some unique beaches for starters. The southern portion of the Big Island is home to two of the most unique beaches in the state, Papakolea (Green Sand) Beach to the northeast of South Point and Punalu’u (Black Sand) Beach Park off the Hawai’i Belt Road (Highway 11).

As mentioned above South Point is another popular destination in the southern region. Despite what some may argue, the South Point of Hawai’i is further south than any other location in the United States, including the Florida Keys. The sea cliffs in this area are quite fascinating. Ka’u Desert also exists in this region on the southwest edge of Kilauea volcano.

This area was once a booming sugar cane region, but South Hawai’i today is home to agricultural communities that produce delicious Ka’u gold oranges.

We are excited to share the majestic beauty Hawaii offers to tourists and locals alike.